Thanks to Jamie Portman for his cracking endorsement of the power of Twitter found here: http://www.jamieportman.com/blog.

Jamie has been part of my personal learning network for a long time now. I’ve been through the lurking stage with him right through to mentions, DMs and emails to share resources with him (which reminds me that I have some more for him I MUST send – sorry for the delay, Jamie!). Next, I really hope I’m going to be able to visit and see the amazing work of Jamie, his staff and students since a fire ripped through the school buildings at Campsmount, Doncaster in December last year. Please do follow Jamie on Twitter @jamieportman – he’s got some great follows and followers and is leading some very innovative, pragmatic learning in his school. The real power of Twitter is all that I’ve said, but It’s also enough to bring me out of my self-enforced silence during my holiday in an attempt to SWITCH OFF. I try really hard to relax and clear my head when I take time off but to be honest, it doesn’t really work.
Just today I have been reading “Over-schooled but Under-educated” by John Abbott. I continue to lurk on Twitter during my ‘silent holiday’ (I’m not supposed to be interacting in this ‘switch-off’ mode) and this afternoon, I have researched a number of educational readings…I’m currently checking out a range of different teaching models including the Autonomous Learner Model and the Cognitive Apprenticeship Model (http://www.edtech.vt.edu/edtech/id/models/cog.html) with which I’m undertaking some action research in our ‘Confident Communicators’ Project’ (see previous post) at the moment and will be talking about at a number of conferences in the next few months.
I’ve also done some work on my book plus I’ve downloaded Dan Pink’s talk at the RSA (www.thersa.org), which has been added to the RSA Animate series – check it out if you’re interested in finding out about intrinsic motivation, with some powerful scientific evidence to support the case…it brilliantly enriches the TED talk (www.TED.com) he gives around the same issues. I also went on a four mile walk this morning along Monmouth Beach, Lyme Regis and saw some spectacular fossils and the other side of the day involved a final circuit of the harbour and the Cobb. ‘Switching off’, it would seem, is very subjective…

I’ve just taken a screen break, which in truth means a task-switch…and found this great feedback on Twitter! Not only does it prove that Twitter is the most powerful professional development tool around but it reaffirms my belief in teachers-as-learners-as-sources-of-quality-feedback.

What a fantastic learning community I am part of. Need to stop now for fear of getting gushy about the whole thing!

RT @fullonlearning Educators collaborate on Twitterhttp://post.ly/IxEyabout 2 hours ago from TweetDeck

Having listened, once again, to yet another media commentator deriding Twitter as ‘pointless & banal’ I felt I had to post this. This fantastic collaborative piece of work is evidence of the quality of interactions that are shared every second of the day around the world by some of the most inspirational educators.

The document was put together by @dajbelshaw and @stuartridout (see their biographical information in the book). It came into existence after a collection of previously unconnected people joined forces and contributed to a Twitter Hashtag entitled, #movemeon. I have not met ANYBODY else who contributed to this document, other than by following some (not all) of them on Twitter. The people I follow share their thoughts and ideas about effective education , they provide links to resources, webpages, articles and events that they recommend. I use my Twitter account as a very specific, targeted search engine for everything about learning. For me, it’s the most valuable source of professional development in existence on the web. I hope you enjoy the publication.

This fabulous illustration was doing the rounds a few weeks ago on Twitter. Again, I saw it tweeted by number of people, so I can’t attribute it to a specific person…just my WHOLE Personal Learning Network who I continually thank for a wealth of amazing for ideas, resources and tools.

Although it was created with ‘Technology Adoption’ in mind, it really does a good job to illustrate the potential barriers and opportunities you will encounter when leading any kind of cultural change.

Found this reference to it and with it, a great blog! Have a look at www.miriamtanti.com/?p=41 and then explore the rest of this blog.

This list, in its original format was tweeted to by @sheconsulting…the original list can be found at:

I’m always on the lookout for evidence of creative thinking. This helps me define what is meant by creative thinking, and why it is so important to shoe what it looks like and how it can help us understand ourselves, our world and our futures. It is possibly one of the most important mindsets to develop in young people if we are really going to support their journeys into an unknown world.

I’ve made a few selections from the original list in an effort to emphasise the importance of creative thinking…the need to make connections and the obligation we all have to foster curiosity about the world in all aspect of learning.

I hope you enjoy! 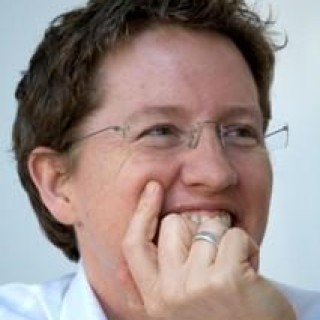